PLAINS TWP. — WVIA Public Media has embarked on a project to address one of the most serious public health challenges: the opioid epidemic.

The project began with airing the documentary, “Broken: Women, Families & Opioids” on Thursday night. It will be followed by a week of programming Sept. 24-29 during National Recovery Month.

WVIA senior vice president Chris Norton came to the Luzerne Foundation’s Nonprofit Forum on Thursday at the Holiday Inn seeking a grant to boost publicity for a “Battling Opioids” conference in November.

He was one of the representatives from 33 nonprofit organizations who came to the forum seeking grants.

Norton said WVIA will collaborate with the Family Service Association of Northeastern Pennsylvania to present the conference at Genetti’s Hotel and Conference Center in Wilkes-Barre that will include expert speakers, panel discussions, films and stories about addicts and success stories about treatment and recovery.

The conference is important, he said, since about 13 people died of drug-related overdoses each day in Pennsylvania in 2016.

The opioid epidemic is a big factor that has led to more grandparents raising their grandchildren, said Howard Grossman, fundraising director for the Pittston Memorial Library.

He cited one case in which a mother is battling a opioid addiction and she is living with her parents who are taking care of her child.

“This is often a problem that these families face,” Grossman said.

Grossman, who also is chairman of the Northeast Pennsylvania Intergenerational Council, came to the forum seeking a grant to expand the “Grandparents Raising Grandchildren” program, which includes a support group at the Pittston Memorial Library.

In Luzerne County, there are more than 1,000 families that include grandparents raising grandchildren, he said.

Grossman was one of a mix of presenters who came to the forum Thursday seeking funding to address a variety of issues.

William Bolan, director of the Shoval Center at King’s College, sought a grant to start a task force to address issues such as the opioid crisis and homelessness.

Michael Zimmerman, CEO of the Family Service Association of Northeastern Pennsylvania, requested funding to maintain staffing levels for a guardianship program that assists elderly residents who do not have responsible relatives to make financial or medical decisions for them.

“Often, they are confused and emotional but they are always alone,” Zimmerman said. “They are victims of theft, embezzlement, abuse or being neglected.”

More than 18 percent of residents in Luzerne County are age 65 and older while the state rate is 16 percent, he said.

The Luzerne Foundation’s grant distribution committee convened immediately after the forum to review the 33 presentations and begin to decide who would get funding, said Luzerne Foundation President and CEO Charles Barber.

A previous list of more than 60 non-profit organization was narrowed to 33, he said.

The funding comes from contributions the Luzerne Foundation has received. The grants will support nonprofit organizations in all areas in the community including social services, education and scholarships, arts and culture, neighborhood and community development, youth issues, historic preservation and the environment and health and wellness, he said.

“Our objective is to perhaps to do fewer grants, but to do more significant grants,” Barber said. “It always gets difficult because the needs are so profound and so eloquently stated and so important to everyone.”

The grant winners will be announced at the Luzerne Foundation’s annual meeting and community celebration on May 10 from 5:30 to 7:30 p.m. at the F.M. Kirby Center in Wilkes-Barre. The event is free to the public.

The Lands at Hillside Farms

The Hope Center of the Wyoming Valley 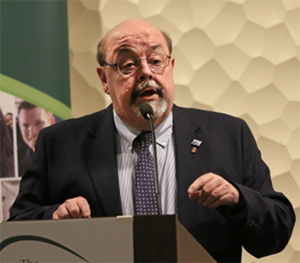