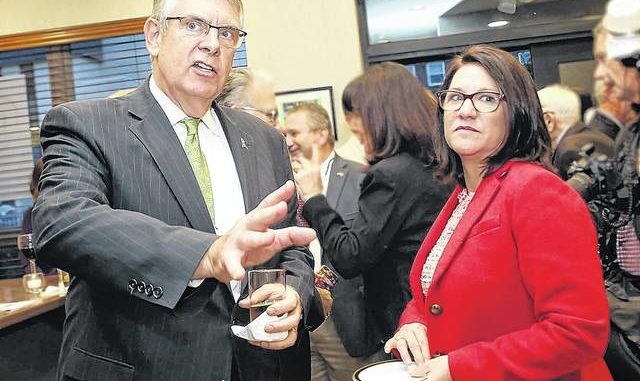 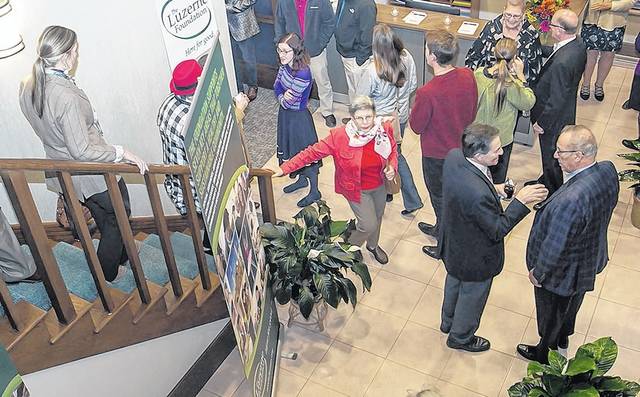 Members and supporters of the Luzerne Foundation walk around and mingle in the non-profit’s new office space on South River Street in Wilkes-Barre on Thursday night. – Amanda Hrycyna | Times Leader

WILKES-BARRE — Charles Barber stood a bit like royalty welcoming guests to the palace, shaking hands with a long line of who’s who from the area’s business and philanthropy community.

Except this is Barber, self-effacing executive director of the non-profit Luzerne Foundation, officially taking up residence in the building at 34 S. River St.

So if it was like royalty, it was humble royalty.

“We got a generous donation that went a long way toward acquiring the building,” Barber said as the stream of those visiting to congratulate him abated briefly. “And John Panzitta was very, very kind to us,” he added, referring to the head of Panzitta Enterprises, which did some of the renovation work on a 100-year-old building that, Barber added, had been vacant for about 15 years.

The former offices of local television impresario David Baltimore, the building has been neatly carved into several spaces: a generous lobby at the main entrance from the rear of the building; a large community room for meetings and presentations; a board room; two larger offices boasting elegant furniture that Barber said was actually in the building all those 15 years; and a smaller cubicle office space in the room that the River Street entrance would access. There’s also a small kitchen/copier room.

A smaller building behind the new digs was torn down to make room for parking, Barber said.

All told, the 25-year-old Foundation has about 5,000 square feet in its new, permanent home, which barber noted is a huge increase from the space that was being rented in Luzerne Borough.

The Luzerne Foundation works most often as an umbrella organization for non-profit charities of many sizes throughout Luzerne County, as well as a grant source in its own right. Barber touted the added space available for all that charity, and promised it would serve the community well. 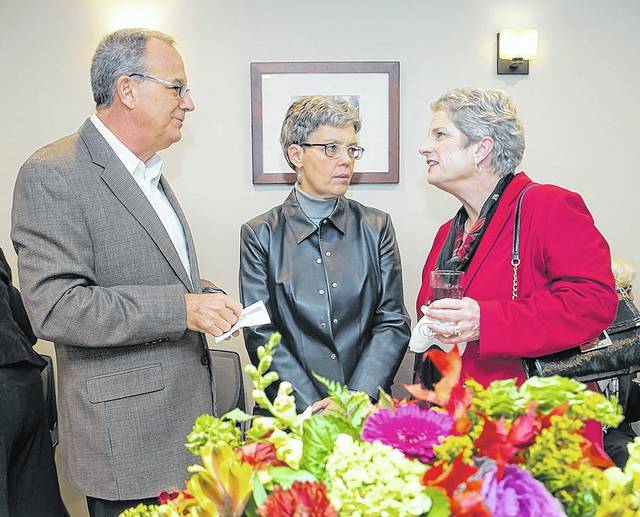 Jim Brozena, of West Pittston, and wife Jackie, a board member of the Luzerne Foundation, talk with supporter Marianne Puhalla on Thursday night during the opening of the foundation’s new offices on South River Street in Wilkes-Barre. – Amanda Hrycyna | Times Leader

“This is the people’s building,” he smiled as the line waiting to congratulate him grew again.