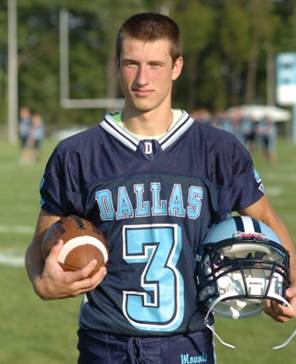 The Paul Brace Jr. Dallas Athletic Scholarship Fund of The Luzerne Foundation has been created by his family and friends in memory of Paul Brace Jr.
Paul’s drive, motivation and determination inspired everyone who knew him. One of his greatest pleasures was being called “Coach.” He took his role as a leader very seriously and inspired a new generation of players to love the game as much as he did. He was an all-star on and off the field.

ACS NEPA is about NEPA coming together to fight cancer throughout the year. NEPA vs Cancer will raise awareness and much-needed funds to fuel the fight against cancer through engaging NEPA’s influencers, businesses, schools, universities, health systems, and community partners in a fundraising campaign. President & CEO Dave Pedri is an ambassador this year for the campaign, remembering his Uncle Richard, who passed away from colon cancer at 63. Dave shares that Richard was a wonderful and giving man.Let’s take on cancer together! Visit the website for more information and make your gift today www.acsengage.org/nepavscancer#NEPAvsCancer #americancancersociety
… See MoreSee Less